The UNESCO Chair in Sustainable Urban Quality and Urban Culture (UNESCO Chair) with the Consortium for Hydro-generated Urbanism (CHU) University of Florida are co-organizing a two week international workshop examining specific problems of sea level rise and its related effects on urban structures (financial centers, tourist settlements, leisure centers) and infrastructures (water management, mobility, energy generation) as exemplified in the Miami-Dade region and applicable world-wide. Scholars, students and professions from around the globe will be introduced to these pressing issues by traveling to New York City and to Miami and will subsequently gather at the University of Florida to participate in a 5-day interdisciplinary workshop intended to generate integrated proposals for urban resiliency (March 7th-11th). The participants will convene in New York City to discuss case study plans with various stakeholders and then will proceed to Miami to investigate urban and environmental vulnerabilities with regional experts and policy makers visiting key sites for visioning. An extended interdisciplinary team will formulate strategies of opportunity in response to the challenges of climate change. The results will be discussed on Saturday March 12th in a public forum at the University of Florida College of Design Construction and Planning. Daily public lectures will take place on UF Gainesville campus.

The first part of the book discusses the urban development knowledge of Asmara before 1941, in a historical and logical discourse, within an analytical framework comprising the following components: population, geography and history of the place. However, the main focus of this study is the second part which connects the colonial development of the city with the contemporary form, from 1941 to 2005.

Asmara was generatedat the beginning of 1500 A.D.,emerging from the union of four villages that was collectively known as Arbatè Asmera and the city started to develop as an urbanized settlement since the end of the nineteenth century A.D.From about the year 1893 the bulk of the city developed along the infrastructure and urban planning principles of the Italian colony administration. During the said administration urban planning in Asmara had been closely related to that of Italian cities and to those urban features and principles of Western urban planning. At the end of Italian colonialism in April ‘41 Eritrea fell under British administration which reigned until 1952, during which time there were no processes of any urban planning despite the city continuing to grow organically. This situation persisted even during the years of Federation (1952-1962) and annexation (1962-91) in Ethiopia.

In order to understand the development of an organic urban plan of the city during the recent past decades, reference must be made to the beginning of the 70s during which time a new Master Plan for Asmara was conceptualised and developed by the Siena-based architect, Arturo Mezzèdimi. The Town Plan of the Mezzèdimi Firm therefore represented the last comprehensive plan for the city of Asmara.

The thesis concludes by establishing the origins and precursors to the contemporary city of Asmara. It was found that urban development planning was stagnant during the subsequent three decades following the 70s and any new planning would only start to materialise in the year2005, primarily through the initiatives of the Government of Eritrea and international consulting firms. This realised the development of “The Strategic Urban Development Plan, and the Identification of Priority Projects”documentwhich was accompanied by a Strategic Plan and an outline of Urban Planning Regulations. These documents were sourced and their respective contents synthesised in order toinform a true general plan of the entire Greater Asmara Area thereby representing the new beginning of the city. The historic links in the evolution and development of the city of Asmara, in Eritrea, is thereby established.

Like any city, Asmara, a young city even by the standards of young African capitals, is a stage set where the drama of history has unfolded in the most intense and eloquent manner. The territory of Asmara stands at the edge of a space of almost mythical civilisations, ancient religions and proud empires. It is also a natural acropolis in the vastness of Africa, an astoundingly high crest that looks down from above on the coast of the “Eritrean” sea, coming to a halt where the Afar Rift expands and, year after year, rips into the heart of Africa where lions and gnus still roam free. However, in its body, and thus in its history, Asmara is also a fragment of Europe, imported atop the undulating highlands of Hamasien by the presumption of the most fragile and thus most presumptuous of colonial nations: Italy. Less than 130 years later history appears to have intentionally concentrated a host of events, projects, interests, delusions, conflicts and hopes in Asmara that, within the vaster expanses of historical time could have filled dozens of centuries. These metamorphoses were similar to immense waves lapping at a resistant soil, introducing and withdrawing diverse foreign armies, peoples, languages and cultures; and adversities. The results of so much labour have forged the identity of Eritrea, jealously defended for decades, and jealously guarded to this day. Looking carefully in libraries, among printed works dedicated to particular aspects of this identity – numerous and some very important – it is impossible to find a history of Eritrea that is scientifically complete and up to date. This is a serious shortcoming. Yet everything has remained impressed upon the land and, even more eloquently, on the city, on the face and limbs of Asmara. Hence the reconstruction, like that made by the author of this book, of the difficult process of planning the city signifies not only restoring, similar to an animation, the history of the complex growth of an urban organism.
Lucio Valerio Barbera UNESCO Chairholder in “Sustainable Urban Qaality and Urban Culture, notably in Africa”, Sapienza Università di Roma

At the end of the Thirties, from Naples to Massawa (the ‘Port of Empire’, since 1890 an important commercial base and natural access point for anyone wishing to reach Asmara and the Eritrean uplands), the voyage took five days; from the port one could reach the capital of the Colony by train, on an intrepid mountain railway, or by a motor road, Road n° 1 from Dogali – Asmara was only 120 km away. If one wanted to make the journey by air, it took three and a half days, thanks to the ‘Empire Line’, which involved taking a seaplane from the Carlo Del Prete base in Ostia to Benghazi in Libya, and then a plane to the Umberto Maddalena Airport in Asmara, with stops at Cairo, Wadi Haifa, Khartoum and Càssala, on the Sudanese border.

And right next door to the Airport stood the Teleferica Massawa-Asmara, an extraordinary cableway for transporting goods up on to the plateau, at a height difference of 2,326 metres; the cableway had been built in two years, between 1935 and 1937, and at a length of 75 km, was the longest industrial cableway system in the world. It could move in one day the equivalent of thirty train loads, but it was at its full operational capacity for only a few years: in 1941 it was damaged in the war with the British, and ten years later, when Eritrea became a British Protectorate, it was unexpectedly decided to dismantle it. capital of the new country. These events act as a backdrop and form a solid framework for Tecle Misghina’s research – which is not only meticulous but emotionally involved – of which this book is a well-documented summary. Her research is important in that it reconfigures and puts in order various documents, both known and unpublished, in order to build up a chronology and an armoury of references that are indispensable for anyone wishing to carry out further studies on the Eritrean capital. For a project developed within a Doctoral programme, this is, in my opinion, the most important outcome of her research.
Piero Ostilio Rossi, Director of the Department of Architecture and Design, Sapienza Università di Roma

Foreword – The City in the Evolutionary Age
Lucio Valerio Barbera

‘Wandering Capitals’ and the Genesis of Addis Ababa
Benyam Muhe

For An Eritrean Culture, or a Culture of Resistance
Gentucca Canella

Low-income groups and living environment in the cities of the Republic of Malawi. A direct survey about formal and informal settlements
Yasuhiro Hayashi

An urban project for Costanera of Asunción
Claudio Gatta

Keynote Spech by Lucio Valerio Barbera: The Po Valley Megalopolis and the solution of the problems of Venice.

In July-August 2014 the UNESCO Chair in “Sustainable Urban Quality and Urban Culture, notably in Africa” organized and attended a number of events in Durban, South Africa:

From Wilsons’ Wharf to Beach Front:

From Berea Station to Albert Park:

Final Jury and Participants of the UNESCO Field Studio  2014 in Durban at UIA exhibitions hall:

Gamal Hamid, University of Khartoum
Khartoum 2030: Towards an Environmentally-Sensitive. Vision for the Development of Greater Khartoum

01 from UNESCO Chair SUQ on Vimeo.

02 from UNESCO Chair SUQ on Vimeo.

03 from UNESCO Chair SUQ on Vimeo.

04 from UNESCO Chair SUQ on Vimeo.

05 from UNESCO Chair SUQ on Vimeo.

06 from UNESCO Chair SUQ on Vimeo.

07 from UNESCO Chair SUQ on Vimeo.

08 from UNESCO Chair SUQ on Vimeo. 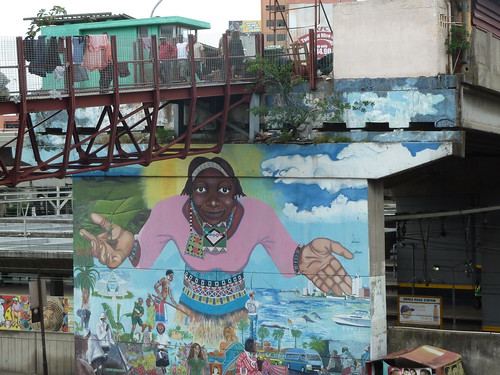 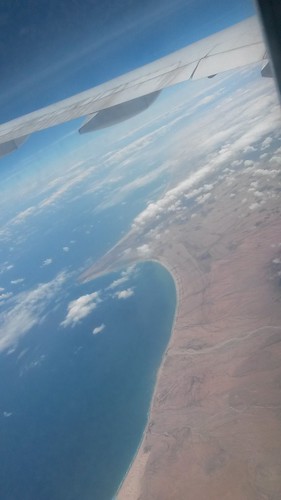